30 Sep Aspartame: A safe and innocuous sweetener for the health of human beings

Posted at 17:26h in Uncategorized by pentaedro 0 Comments
0 Likes

Aspartame: A safe and innocuous sweetener for the health of human beings

Aspartame was first synthetized in 1965, and since it was introduced  to the public as a sweetener in 1981,  it has been heavily criticized  and even considered to be a carcinogen.  However today, studies carried out worldwide have proven that aspartame is safe and does not pose any health danger.

Aspartame is a methyl ester made up of a dipeptide of aspartic acid and phenylalanine. These are two amino acids considered to be fundamental for the life of human beings, since they are essential factors in the protein metabolism.  That once found inside the organism, they are broken down into aspartic acid, phenylalanine and methanol.  Which will be used in normal body processes, without ever accumulating within any organs.  On the other hand, the amount of these compounds is very low in comparison to the amount of elevated phenylalanine and aspartic acid found in a glass or milk (e.g. 6 more times than a soda pop), or even the high levels of methanol found in a glass of tomatoe juice (e.g. 13 more times than in a diet soda can) and there have been no complains with regards to these well known facts.

Furthermore, it is important to point out that aspartame as such, cannot be assimilated, since it does not penetrate into the blood stream without previously having been broken down into its basic components; aspartic acid, phenylalanine and methanol. Therefore, aspartame is incapable of causing any ill effects on any internal organ.  Besides, with regards to the many analysis carried out on aspartame for over three decades and on more than 200 studies, the conclusion has always been the same:  Aspartame is safe for human consumption.

Aspartame Innocuous for our Health

This sweetener has been analyzed by: the FDA, the Expert Committee of Food Additives, the Food and Agriculture Administration, the World Health Organization and the Committee on Food for the European Commission.   This also includes the American Medical Association and the Diabetic American Association.

It is also very interesting to note that the complains and claims against aspartame started on 1981 and then peaked on 1985, a year when all complaints ceased due to the fact that the 597 anecdotal cases revised by the FDA and the CDC were never related to concise pathologies and many were false claims.   Since then, aspartame has been marketed  throughout the world and organizations such as  the Committee on Food for the European Commission or the British Health Services allow for the free trade of this sweetener, within their territories.  Also, without going too deep into the literature, it is very logical to reason that, if aspartame was really a carcinogen, as many wrongfully claim, then, shouldn´t we be affected by a cancer pandemia???!!! … No, this tragedy has not occurred.

To further emphasize this article, there isn´t a single person in the entire world that does not ingest aspartame at some point or another in their lives. This is true, since aspartame is found in tooth paste, cough syrup, bubble gum, mouth wash and more than 6000 products of common use.  Moreover, aspartame is one of the sweeteners with the highest accepted daily intake value: 40mg/kg-bw.  This means that an adult weighing 70 kilos will have to ingest daily 14 one-liter bottles of diet soda, and even then this individual will be far from reaching this limit.

Today, the world is suffering from severe and difficult health problems that in many people appear as degenerative disorders (e.g. obesity, diabetes, hypertension, cancer among others).  These problems are ever more common and affect many men and women at even earlier ages.  We also know today, that many of these disorders are nothing more than signs and symptoms of premature aging, made worse by our bad nutrition and the high consumption of sugars and dairy.  Thus, it is time to face facts and realize that the many health vicissitudes witnessed today in medicine, are nothing more than the result of sugar and dairy consumption.  Which no medical professional even dares to mention, even when they know that the consumption of these two, so called foods, are causing degenerative disorders.

The many fake complaints and false claims against aspartame, reported on various media, have caused grave damaged to those people suffering from metabolic health problems.  In whom the use of aspartame or other artificial sweeteners, combined with the ingestion of meals with a high concentration of nutrients, such as: Alen®, Eveliza® or Eveliza Gluten Free®, would be of great benefit to their health and long life attainability.

The aspartame anecdotes and their supposed relationship to disease, have only proven that: “The claims being made – and widely reported in the media – are doing a great public disservice,” according to a publication written by the New Zealand Food Safety Authority.  Moreover, the majority of these claims have been false and there is no scientific evidence to support the claim that aspartame causes any type of disease.  The people making these claims are not doctors, or scientist and have no academic credentials.  The many pseudo-scientist out there do not have any science to backup their claims.  Therefore, any artificial sweetener is a good choice when looking to get rid of sugar ingestion, and it is important to note, that artificial sweetener consumption has been present in the palate of millions of humans, without ever giving any proof that its consumption causes any health damage.  Then again, it is also very important to know that one must be forehanded when purchasing and using artificial sweeteners, since many such as sucralose and fructose, are sold as non-calorie artificial sweeteners, when they really are sugar. 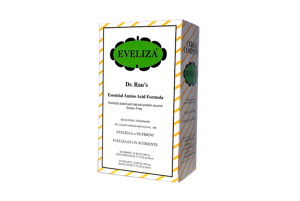 More About Our Exclusive Distributor 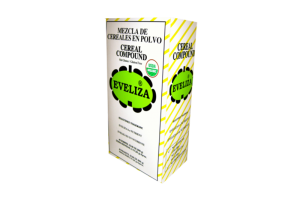 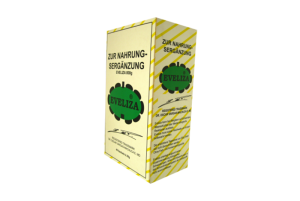 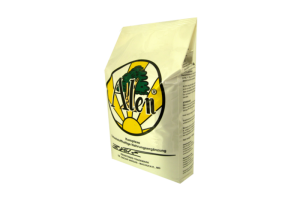 Cereal compound in the form of a powder, contains 24 grams of essential factors, extracted from organic cereals. Designed for healthy people of all ages, who wish to maintain their health. This nutrient should be taken only after understanding and putting into practice the bases for healthy living indicated by conceptual medicine.